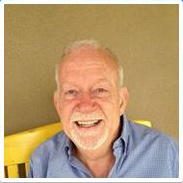 The first spiritual ability that I developed was that of a vibrational healer at age of 18 and upon graduation from college, I entered into the business world in 1975. In 1979 I moved to Sarasota and went to work as an Engineer with GTE which became Verizon in 1999.

I served in various senior manager positions with GTE/Verizon in the Outside Plant Engineering, Outside Plant Construction and Project Management areas and took early retirement in 2006 after a 27 year career.  During the last ten years with Verizon, I was also working as the Senior Pastor at the Sarasota Shrine of the Master.

I  began giving talks and spirit messages at church services at the age of 27 and started my ministerial studies in 1990. I was ordained as a minister of the Shrine of the Master church in 1995. When Rev. Dorothy Flexer made her transition in 1996, I became the Senior Pastor of the church. I had the honor of  serving in the role of Senior Pastor / Executive Director of the church whose name was changed in 2011 to the Sarasota Center of Light for almost 17 years before retiring at the end of May 2013. I have been a member of the church and a student of Metaphysics for 53 years. I have taught a variety of developmental, healing, mediumship and awareness classes & workshops for the past 17 years in addition to conducting three church services a week at the Sarasota Center of Light.

My spiritual abilities include being a mental medium, spiritual teacher, an inspirational speaker, a healer and a spiritual counselor. I moved to Santa Fe, New Mexico, a life-long dream, at the end of May 2013.  I have not retired; I have just changed who I report to.  In addition to enjoying the many outdoor, cultural and fun things there are to do in this area, I continue to teach and give mediumistic readings.  My teaching is not restricted to the Santa Fe area as I can teach anywhere in the world.  It is a matter of working out the logistics.  I do readings either in person or by the phone.  If interested in a reading or having me teach a workshop or class, please contact me through the “Contact Tom” tab.

I have a strong interest in all aspects of mediumship especially physical mediumship.  Since 2007, I have sat in séances with Materialization Mediums David Thompson, Stewart Alexander, Bill Meadows, Kai Mugge and Scott Milligan.  All of those experiences were fantastic and the real thing.  If you get the opportunity to sit with any of these dedicated mediums, I suggest you take it.  The experience will change your life!

Physical Mediumship is quite rare these days as few are willing to sit for years to develop the ability. One type of physical mediumship which is more available today is “Table Tipping” which is sometimes called “Table Phenomena.”

The participants are asked to keep their fingertips on the table at all times as this completes an electrical circuit between them. Spirit people then use their energy and the energy of the sitters to move the table. An excellent example can be seen on this Utube video which was taken on February 11, 2012. Half way through the clip, we asked Spirit to find someone in the room (light blue shirt with sneakers) and it started chasing him all over the place. Quite a fascinating experience.